The Hill: Bill Would Allow Concealed Weapons Across State Lines 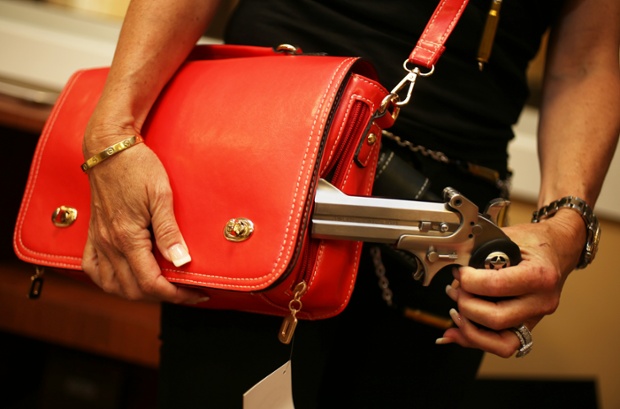 Gun owners would be allowed to carry concealed weapons around the country under new legislation introduced in the Senate.

The Constitutional Concealed Carry Reciprocity Act would allow gun owners who have a concealed carry permit in their home state to bring their firearms in any other state with concealed-carry laws.

“This operates more or less like a driver’s license,” Sen. John Cornyn (Texas), the second-ranking Republican in the upper chamber, told The Hill. “So, for example, if you have a driver’s license in Texas, you can drive in New York, in Utah and other places, subject to the laws of those states.”

Cornyn, a Texas Republican, said this would “eliminate some of the ‘gotcha moments,’ where people inadvertently cross state lines” with guns they are legally allowed to carry in their home state.

The National Rifle Association endorsed the bill Thursday, calling it a “much-needed solution to a real problem for gun owners.”

“The current patchwork of state and local laws is confusing for even the most conscientious and well-informed concealed carry permit holders. This confusion often leads to law-abiding gun owners running afoul of the law when they exercise their right to self-protection while traveling or temporarily living away from home,” said Chris Cox, executive director of the NRA’s Institute for Legislative Action.

“Our fundamental right to self-defense does not stop at a state’s borders. Law abiding citizens should be able to exercise this right while traveling across state lines,” Cox added.

Gun control groups say the bill poses a significant danger for society at a time when lawmakers should be strengthening background checks to address recent shootings.

Concealed carry is allowed in all 50 states and the District of Columbia, but to varying degrees. Most states, but not all, require gun owners to apply for a permit.

Everytown argues that Cornyn’s bill would allow states with the “weakest gun laws to trump the reasonable judgments” of others, since people who qualify for concealed carry permits in some states would get to carry their guns into places with tougher requirements.

A new report from Everytown says that, “some states do thorough criminal background checks on applicants, while other states have such ineffective permitting systems that they inadvertently issue permits to felons.”

Cornyn’s bill previously came close to passing in the Democratic-controlled Senate, and may have a better chance this time around under the Republican majority.

Click Here to See Full Article at The Hill